A different event for the promotion of agri-food products was organized on 8th July 2020 at the Restaurant “Galaxias ton Gefseon”, at Metsovo.

This was the second event within a three-day gastronomical journey, which started from Ioannina, continued to Metsovo, and conclude on 9th July at Preveza

This is an activity developed by the Region of Epirus within the MeDInno project funded within the Cooperation Programme Interreg V-A Greece-Italy 2014-2020 aiming to (a) the promotion of the gastronomic heritage of Epirus considered as a fundamental element of its cultural heritage and an important touristic resource and (b) the further enhancement of Epirus’ local products in terms of competitiveness, extroversion, and visibility.

Within the event, the attendees – representatives of organizations and institutions located in the Region of Epirus, tasted a 7-dishes menu based on local products and recipes, adjusted to the gastronomic tradition of Epirus, with particular emphasis on the sheep and goat dairy and meat products.

The keynote speaker of the event was the Governor of Epirus Mr. Alexandros Kachrimanis, who highlighted the strategic objective of the Region of Epirus to support transhumance livestock breeding and the small livestock breeders and producers, as well as to promote the local products of Epirus. While the MeDInno Project Manager, Mrs. Vassiliki Igoumenidou presented the project idea and main implementation axis.

It’s important to highlight that during the event, Chef George Palissidis presented the “basket of local products” all of which are produced at Metsovo. The basket included traditional products and treats, most of which were used to the 7-dishes menu.

The event was attended by the Greek project partners, represented by Mr. Ioannis Dekolis, President of the Association of Transhumance Livestock-Breeders of Epirus and Mr. Marco Della Puppa, General Secretary of the Greek-Italian Chamber of Commerce of Thessaloniki, as well as Mr Anastasios Zafeiridis, representantive of the Ministry of Interior (Sector Macedonia and Thrace). 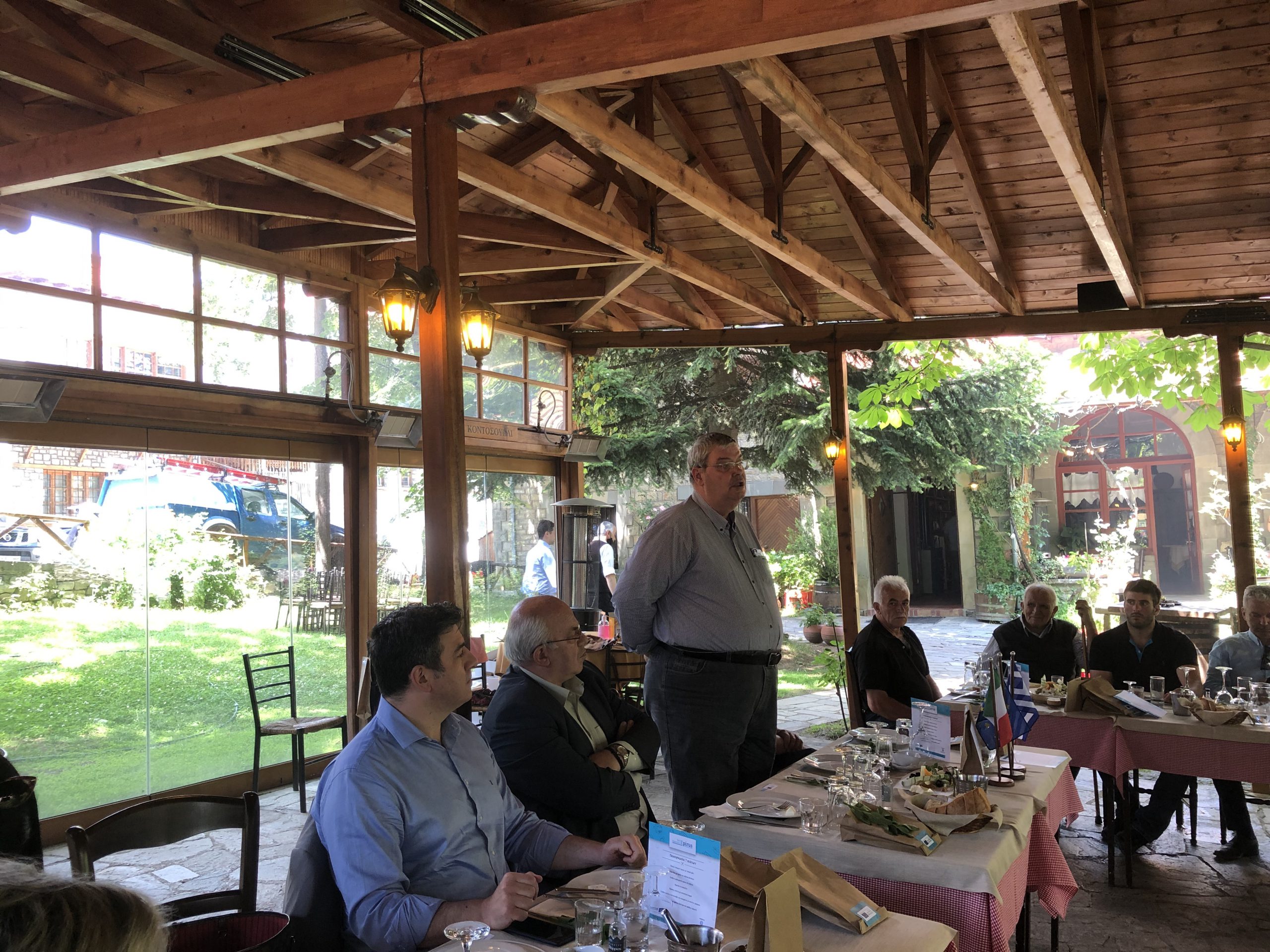 Click here to watch the menu of the event